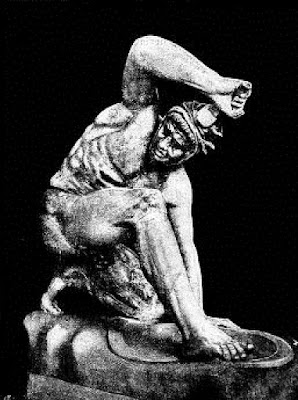 Excerpt from the author’s introduction:

Although there are several histories of Greek sculpture, the need for a handbook on a smaller scale and of somewhat different scope is, I believe, generally felt. What is wanted is a general outline of our present knowledge of Greek sculpture, distinguishing as clearly as possible the different schools and periods, and giving typical instances to show the development of each.

Accordingly, I have not in the present work made any attempt at a complete or exhaustive treatment of the subject but have selected from the great accumulation of available examples only such as seem most useful in illustration. I have in particular attempted to confine myself to such facts or theories as having already met with general acceptance among archaeologists, or such as seem to rest upon evidence that cannot easily be shaken by new discoveries or future controversy. 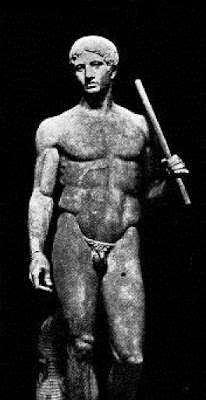 This principle has precluded the discussion of many interesting problems that are still under dispute; but in the case of questions which, though undecided, are of too vital issue for the history of sculpture to be altogether ignored, I have endeavored to state as briefly as possible the different tenable views, and to base no further inferences upon the acceptance of any of them. In this way, the student will be provided with a framework into which he can easily fit all the knowledge that he may acquire from subsequent reading or observation, and at the same time, he will not find that he has anything to unlearn when he becomes acquainted with more facts or newer theories. Where the writer of such a book as this to cite all the

authorities who have contributed, directly or indirectly, to the work ho has produced, his preface and notes would be a mere patchwork of references and quotations. I have endeavored as far as possible to give my own impressions directly, as derived both from literary authorities and from the monuments themselves, and have tried as a general rule to avoid direct quotations from modern writers. Wherever I have consciously borrowed an original view propounded by a predecessor, and not yet adopted as common property, 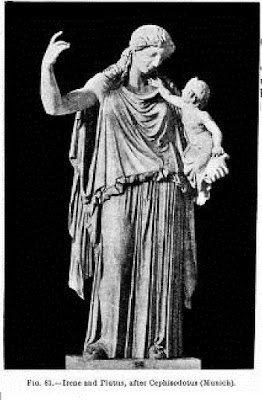 I have made an acknowledgment in the text or in a note, but a reference of this sort may have been accidentally omitted in some instances where its insertion would have been just or courteous, and I can only trust that in such a case those who have most right to complain will also be most disposed to leniency by their own experience of the difficulties of a task that must partake to a great extent of the nature of a compilation.