The Prince, and other pieces; ( 1883) by Niccolò  Machiavelli Translated by Henry Morley 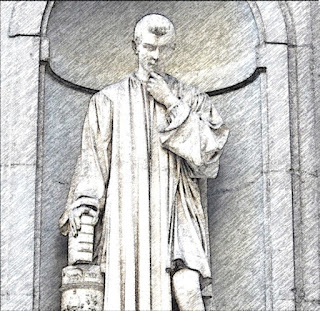 NICOLO MACHIAVELLI is one of the three great writers produced by Italy in the sixteenth century Machiavelli, Ariosto, Tasso. He died in 1527, at the age of fifty-eight. Ariosto, who was five years younger, died six years later, at the age of fifty-nine. But Tasso was not born until eleven years after Ariosto s death. Machiavelli’s ” Prince” was finished in 1513, and Ariosto was then writing his “Orlando Furioso,” of which he published, after eleven years of work upon it, forty cantos in 1515. Each writer was a master of style; Machiavelli remains to this day without equal as a writer of Italian prose, and Ariosto would often spend a day in polishing a few lines written in the morning.

Living in evil times, described, by an Italian as times when in Italy the source of every noble feeling was dried up, family life corrupted, virtue mocked, the Church heathen, and faith dead, Machiavelli dealt directly, in the world and in the study, with the life, and with what seemed to him the pressing need, of his own time and country. Ariosto escaped from it all and sang of Charlemagne and Roland with a playful grace that saved him from the vulgarity of having faith even in the tale he told. He was very far from any suggestion through it of the deeper life of man. And what of Machiavelli, who did speak for his time and country, and whose name has become proverbial for a crafty politician? “Am I politics? Am I subtle? Am I a Machiavel ?” asks the host of the Garter in “The Merry Wives of Windsor.” In the third part of King Henry VI. Shakespeare changed an allusion in the older play from ” the aspiring Catiline” to ” the murderous Machiavel” that, in spite of chronology, he might use a more familiar by-word. “The Prince” is the famous textbook of Machiavelian policy on which this popular opinion rests.