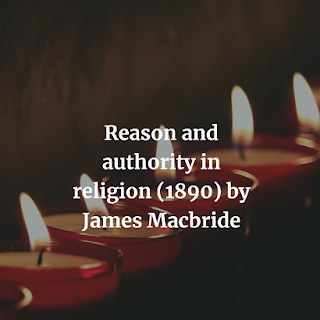 We have left behind the must of an infallible Church, of an infallible Bible, and of an unerring reason. Each one of these in turn has been abstracted from an organic process and proposed as the authoritative basis of belief. The inadequacy of the proof for such infallibility has rendered this claim of each one of no effect. The abstract reason, which was first used to discredit the other two, has fallen into the pit which itself dug, and de Profundis rise its agnostic moans.

Hence the task laid upon us in these days is that of inquiring whether these old musts do not have real authority, other and more ethical than the one rightfully denied; to see whether they do not have a natural and essential authority that rational men must accept in order to be rational. A criticism that is merely negative is both irrational and inhuman.

The function of criticism is to be the dynamic forcing on from one static phase of belief and institution to another, to destroy only by conserving in higher fulfilled form. Its aim can only be to restore as reason what it first seeks to destroy as the unreason of mere might; to restore as essential realized freedom what it momentarily rejects as external necessity. Such work involves a thorough reformation of the whole edifice of dogma and institution, a thorough re-appreciation of the genuine worth of these works of the human spirit under divine guidance.