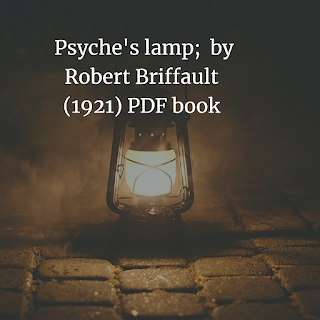 a revaluation of psychological principles as the foundation of all thought

Some review about the book

” The opinions stated give but a vague idea of the extensive survey of evolution contained in the volume, the value of which from a literary or scientific standpoint cannot be over-estimated. … A production of outstanding importance.”

Edinburgh Evening News.
” This is an astonishing book, a tour de force of rapid historical exposit. … In this masterly analysis of human progress . . . with a commanding vocabulary and an array of knowledge almost bewildering . . . Mr. Briffault rides a rough horse over the canons of history as it is written and a great many accepted theories. . . . We recommend this galaxy of information, wisdom, and suggestive ratiocination broad- cast. We hope democracy will study this brave and brilliant book of unquestionably one of the new men of the coming new order.” The English Review.
” Mr. Briffault is an original and a daring thinker, and by his literary style an artist. . . . The ‘ Genealogy of European Civilization ‘ is inquired into with much more than the average historian’s power. . . . Those pages are prodigious in their terse, acute, and judicial statements. . . . Invaluable to the student of modern thought.” The Schoolmaster. ”
Mr. Briffault’s study of the nature and factors of human progress has the charm of eloquence no less than the authority of extensive re- search. … So treated, the history of humanity becomes as vivid as an epic.”
The New Age.
[Download This PDF Book ##download##] 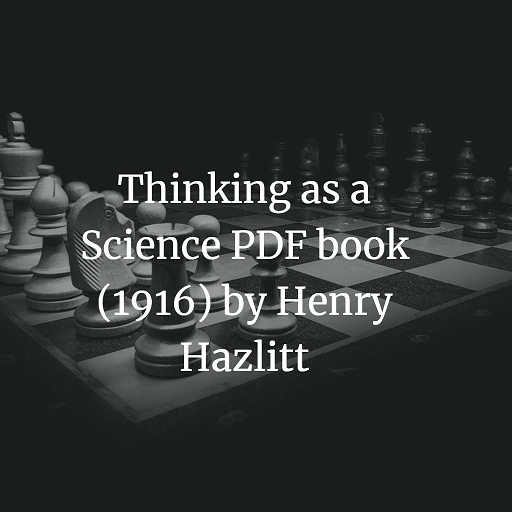 Thinking as a Science PDF book (1916) by Henry Hazlitt